Why Facebook Is Cracking Down on Fake Likes and Accounts: What You Need to Know 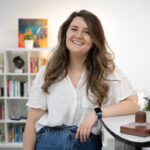 We’ve all done it. You pull up Instagram or Facebook on your phone, and you see a post. Your attention deficit switches gears momentarily to another app, but by the time you return, the post is gone. In that brief period, your feed got enough content that the content delivery algorithm refreshed. Since Facebook and Instagram changed their algorithm(s) from chronological order of posts to an interaction-based order, it can seem difficult to garner the attention you desire on a post.

Big-name influencers on these platforms still seek the interaction on their platform and have resorted to fake engagement, “like-buying” accounts, to bolster their brand. Now, Facebook is fighting back against these accounts and seeking legal action.

This isn’t anything new, as Facebook has been in disputes with companies that generate “bots” that generate fake accounts that like, comment, and follow to inflate numbers. Facebook is now going after these fake-engagement automation companies even harder. We can trace these battles back to 2012. These fake accounts not only skew metrics for accounts, but they also threaten the integrity of both Facebook and Instagram.

With the recent Cambridge Analytica scandal, Facebook remains all-hands-on-deck to creating a more trustworthy platform. Spam accounts that inflate followers or likes on accounts add to the stewing negative sentiment towards Facebook.

Facebook has diligently tried to discourage companies from creating programs for other users to purchase followers or likes to inflate their metrics. In this way, you can see an account has thousands of followers, but after checking a few posts, the follower count doesn’t match the engagement, or rather, lack thereof. Because of this distrust, Facebook has been actively removing fake accounts from both Facebook and Instagram. This is tedious, so Facebook has been on the offensive and taken their battle straight to the source.

Most recently, Facebook has filed two separate lawsuits against a US-based company as well as a Spanish company accused of creating these fake accounts to sell to other users on Facebook’s platforms. This is a direct violation of Facebook’s terms and conditions. If Facebook can flex their legal muscle and dismantle fake likes and accounts at the source, they have a better chance of keeping their platform as authentic as possible.

Instagram routinely clears out accounts that are inactive or appear to be fake. Many of these bought likes or followers stem from automated bots that appear to be legitimate accounts but lack any posts, followers, or even a profile picture. When Instagram purges these accounts, your page may not feel a huge difference in likes or follower count, but many celebrities have experienced follower losses in the tens of thousands.

The Threat of Buying Followers and Likes

So why would anyone ever buy into these fake likes, comments, and followers? Aside from the obvious inflated number of followers, many made the decision to purchase likes and followers based on the potential return on investment. Instagram influencers, big and small, can make money from posting about brands. As an example, Tom Hanks has 9.5 million followers. According to Influencer MarketingHub, Tom could make $19,000 or more for a post. While Tom doesn’t need the extra followers or likes, plenty of influencers could turn a $10 investment in a fake like and follower bot service into a pretty penny. The more likes and followers they have, the higher of an amount they can earn despite Instagram’s algorithm switch to an engagement-basis.

Instagram came back last year with the introduction of hiding likes on posts, though this is not a universal feature on every single account. This took the pressure off both the creator and their followers to prove a post’s worth via the total number of likes, and rather, reward engagement through comments and saves. The rise of more fake comments such as “Great!”, “Nice!” or “Love this!” by fake accounts grew more than purchased likes because of this.

It Threatens Your Social Proof and Your Metrics

Not only do fake likes, comments, and followers create distrust among potential customers and followers, but it severely skews your metrics. Your true engagement rate, the percentage of your followers that actively comment or like your posts, is buried by inflated numbers. You aren’t able to make informed decisions about your social media strategy because you can’t differentiate your best performing posts from those with bought metrics. Instead, focus on growing an authentic, organic, and engaged audience that is likely to work with you or purchase your services and products.

Should I be Worried?

Unless you’ve engaged in purchasing likes, comments, or followers, you shouldn’t be too concerned about Facebook’s intensified battle with these fake accounts. Instead, you should be encouraged by Facebook’s acts to discourage these kinds of activities. If spam accounts follow your page or profile that you haven’t purchased, you may experience a slight dip in the number of followers, but nothing too detrimental to your metrics.

Social media is just one of the many places your customers can connect with you online. At PHOS, we are committed to growing your business the right way, and that means prioritizing authentic growth on every digital channel, especially social media.

Need help navigating social media channels such as Facebook and Instagram? Connect with one of our team members to get started.