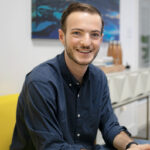 On May 4th, Google launched its “May 2020 Core Update.” When Google launched this algorithm change amid the COVID-19 pandemic, to say some businesses were upset is an understatement.  For many, the newly labeled “pandemic update” has significantly impacted organic rankings during a time when small and medium businesses are doing anything to keep their doors open. So what was the motivation for Google, and what’s this change all about?

When the change occurred, Google noted that the update would take a week or two to roll out. Two weeks later, we have a better picture of its effect on different industries.

It’s important to remember that Google’s algorithm updates are not new, and they are not out to punish you or your websites. In a blog post, Google  reminded us that “the changes are about improving how our systems assess content overall.” They use a great example of how your list of top movies from 2015 would look a lot different if you were to make it again today. There’s nothing wrong or different about The Dark Knight, but you didn’t know how much you’d love Avengers: Endgame or Parasite. Like we reassess our favorite movies, Google needs to reassess pages to redistribute how it rewards content.

Search engine results pages (SERP) are the most tangible evidence we have of the algorithm update. SERPs are like tectonic plates. They’re always moving, but often at negligible amounts over long periods of time. However, when plates shift greatly, we certainly feel these changes as dangerous earthquakes. SERPs face the same noticeable volatility. Tools like SEM Rush Sensor help us spot the massive change in SERP volatility right after the algorithm update happened.

As you can see in the image above, a tremendous spike in volatility was seen May 4-6 and is clearly rooted in the algorithm update. We see this volatility spike as the data rolls out worldwide. This level of data to process can’t be done with the snap of a finger and is, instead, gradually rolled out across different locations and languages.  By rolling out the change gradually, spikes in the volatility are seen sporadically as the data for the same search engine query is read differently across locations, even if entered simultaneously. For example, if I search “easy to care for houseplants,” here in Florida, an identical search at the same time in Oregon could have a completely different top three results.  In one location, post-update search engine results could are delivered. Meanwhile, pre-update results are delivered at the other. As you can see, the lull after a spike is a welcome calm, but our volatility gradually creeps back up as Google works out the kinks and errors in their update.

As this update is now implemented worldwide and for all languages, we can get a better understanding of the content reanalysis the algorithm update caused based broadly on industries. Depending on your industry, you may have felt the tremors of this change more so than others.

According to Search Engine Land, some of the top industries shaken by this (average SERP volatility change after the algorithm update) included:

What has many industries upset is that this update has most directly hit industries that have already seen hardship due to the COVID-19 pandemic. Industries like travel, real estate, and some health areas have not necessarily had it easy over the last three months.

With that said, other health industries have actually seen organic growth since the update. Reputable names such as WebMD and Mayo Clinic experienced slight increases in their SEO visibility when Google rolled out the change.

While it’s easy to point to specific industries that feel targeted, the effects of this change are felt almost everywhere.  This algorithm update is unlike any other recent update for how it has not discriminated based on industry. The size of this update shook up industries from all over, wiping once relied upon organic traffic. While the algorithm change is massive, according to Google, the solution remains about the same as always.

Content remains king in the eyes of Google and users. The May 2020 Core Update has given early indications that thin content, content that does not provide value to a user, is slipping in positions. The weakening of thin content isn’t news but it is the latest way in saying that Google is focused on how it reads content to give users what they need.

For pages that do see a drop in traffic or where it ends up on a SERP, Google doesn’t want you to take it personally. There’s nothing necessarily for you to fix or that you did wrong. It just found better content and it wants to reward it. This does NOT mean that you should immediately begin rewriting all of your content. Again, the SERPs are constantly shifting and it’s likely best to wait until the volatility dies down before you make any drastic changes.

If you do pursue a content refresh, focus on content that meets the EAT acronym – Expertise, Authoritativeness, and Trustworthiness. Google also provides some great questions as you consider new content such as, “Does the content provide insightful analysis or interesting information that is beyond obvious?”

If you want to refresh your content following this algorithm update, think carefully through the needs to best raise your search quality rating. For help on writing new EAT-rich content, get in touch with our team of digital marketing and content experts.

Caleb focuses on providing clients with exceptional results through strategy, content, and data.