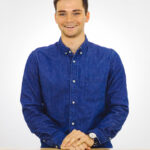 With gritted teeth, you stare down the greatest battle of your life. Sweat drips from your brow as you tighten your grip on the sword strapped to your belt. A 300-foot-tall dragon looms ahead, smoke billowing out of its grisly nostrils. It slowly turns its scaly visage and locks eyes with you. Grimacing, you leap into action.

Remember when scenes like this played out in the backyard on a daily basis?

Many adults claim that they’re not very imaginative because years of the “real world” have slowed them down since their childhood days.

We reject that notion, and suggest this: you have every ounce of imagination that you once did, with two qualifiers.

First, your imagination is more informed by your experience and knowledge.

Second, you likely don’t exercise your creativity as you once did.

Customers are constantly inundated with ads and marketing campaigns from companies of all industries, so it’s easy for them to become jaded to businesses’ techniques. Therefore, professional marketers have to be imaginative now more than ever.

As technology progresses, ingenuity becomes more and more important. No longer do we live in a world where the only way to reach an audience is through billboards, television commercials, and print ads.

With the progression of the Internet comes countless routes through which marketers can reach their buyer personas. To be unique in a saturated marketplace, imagination finds its prominence.

As with any new challenge, a hero has appeared on the horizon. The Excalibur of imagination, experiential marketing, is oddly much older than its challenger. It’s the brainchild of late-1800s-era marketers when they established the World Fair to show off new technologies.

For instance, Lean Cuisine’s #WeighThis campaign called for women to write on “scales” what they would like to be “weighed” (or judged) by. Many women wrote down inspirational ways they lived their lives, like “single mother of 4,” or “caring for 200+ homeless children each day.”

Lean Cuisine never tried to sell anyone anything. That doesn’t mean they didn’t make a profit, though. The #WeighThis campaign spread across the internet, and it strengthened the positivity of their brand image in the minds of consumers nationwide.

the quality of being clever, original, and inventive.

Ingenuity is the byproduct of having imagination. It’s the result of working hard to be different from your competition, and it’s what gets you noticed by consumers.

This is why imagination is important if you want to segment yourself from your competition. Memorable marketing campaigns are unique from others, not those that follow the same overused trends.

Lean Cuisine differentiated themselves from their competition by adapting their product (healthy food choices designed to help people lose weight) to their market (predominantly women interested in weight loss). They also focused on the struggles their market deals with (society’s views of how women “should” look). Because they were in tune with the trials of their target market, they were able to cater an experience to them that’s not soon forgotten. Not only was this campaign imaginative, but it was ingenuitive, and it set Lean Cuisine apart from their competition.

Customer Experience Is Your Brand

Customer experiences set your company apart, and those experiences can happen at every touchpoint.

If you’re looking to be noticed, you have to be creative. Start in small ways, like using social media differently than you normally do. Ask questions, make videos, be personal, and have fun. From there, grow into bigger, potentially more “experiential” marketing ploys. The sky’s the limit with imagination.

As a marketing assistant, Mitchel works in all forms of marketing, from writing to SEO to social media and more. Mitchel thrives by building relationships with coworkers and clients while applying his marketing acumen to further growth with PHOS.

How Small Businesses Can Win at Reputation Management

5 Lessons We’ve Learned From Marketing for a Grocer