4 Ways To Do Corporate Responsibility Wrong 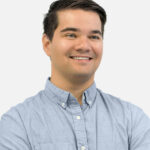 At PHOS, we are dedicated to giving back. We desire to have an impact that expands beyond our local area. As part of our global mission, we sponsor five children through Compassion International in an effort to rescue them from poverty. These children inspire us, and they drive us to do more.

We aren’t the only company that has been inspired to do something for others; to support a cause. Charity Navigator tracks what they call “Giving Statistics,” and in 2017, $410.02 billion was given to charitable organizations! Of that money, $20.77 billion was tied to corporations.

With the exception of 1989, 2008, and 2009, giving has increased every single year since 1977. Those numbers don’t even track the number of hours given to volunteer work – donating time and energy.

What Is Corporate Responsibility?

Corporate Responsibility, also known as Corporate Social Responsibility (CSR), is the idea that a corporation should respond to the effect of their impact on the environment and economy through socially conscious initiatives and giving.

Corporations can be extremely powerful and their impact on society is often measurable. History is full of dark stories of companies abusing their positions of power, but society has put increasing pressure on corporations to be socially conscious.

In the internet age, it is much harder to hide company errors and controversy, and so many companies have built their mission around the idea of making the world better. Google’s own slogan demonstrates this ideal: “Don’t Be Evil.” These changes are positive, but they aren’t always genuine.

When companies feign interest in company responsibility to improve their bottom line, it is known as greenwashing. People like to support companies that are socially conscious, but when a corporation greenwashes, they are setting themselves up for failure.

While feigning interest in social responsibility can have short-term benefits, if you’re discovered it can have lasting negative impacts on your reputation. Volkswagen’s recent struggles illustrate this point.

Volkswagen had become the world’s leading car manufacturer behind its green initiative. People around the world were drawn to the company because their green standards were better than any other company. Except they weren’t.

Volkswagen cars weren’t green at all – in fact, they were emitting pollutants well above the limit and lying about it.

The path to overcoming greenwashing is easy: be authentic. Don’t claim to care about something you truly don’t care about. Companies have a history of manipulating the public by claiming that they are leaders in an issue that people care about. Fortunately many times these companies get caught in their lie, but often not before thousands of people are duped.

What are your core values? That’s what you really care about – build your company around those things and don’t waver from them. If you can’t be authentic about social initiatives, choose not to engage in them. Volkswagen is learning the price of greenwashing the hard way – in millions of dollars lost and a ruined reputation.

Often companies try to hide or avoid controversy by pointing to their corporate social programs. The idea is that people won’t look at the problems lurking under the surface if you enact social programs that do lots of good.

Solution: Owning and Fixing Problems Along Your Supply Chain

The best thing a company can do is address and fix problems when they’re presented. Trying to obfuscate or point to other things you’ve done won’t work – face the problem head-on.

A good example of a company that has owned its mistakes is Nike. In the 1990s Nike was confronted about the working conditions of its factories in Asia. Their shoes were being created by employees being drastically underpaid, and the pressure was mounting for them to address the issue.

In 1998, Nike CEO Phil Knight addressed his company’s reputation and acknowledged that they had to change. From that time forward, Nike has continually been a leader in human rights and has been the standard in their industry. They release a report every year of each factory they partner with around the world and report on workers’ conditions.

While Nike may never be completely exonerated for their errors in the ’90s, they have since taken genuine and authentic steps to address the issue through corporate initiatives. Thanks to Corporate Social Responsibility they have greatly improved their image and continued to be the leading shoe brand around the world.

3. Never Establishing the Big Picture Behind Your Efforts

Some companies struggle to show how their efforts are working together towards a bigger purpose. While this isn’t nefarious, it also isn’t fully embracing the full power of CSR. When company initiatives are focused on a particular problem or issue, it is easier to get people to embrace the movement.

Apple is a company that focuses on many issues: accessibility, the environment, inclusion and diversity, privacy, and supplier responsibility. While these are all positive and should be issues Apple cares about, they don’t do a particularly good job of expounding how those tie into an overall mission.

A coherent narrative can help describe what you’re building toward, and help people embrace your initiatives. Apple’s goals are each described and they report how they’re working towards each of them, but what does that mean for Apple? What is success?

Establish the big picture behind your efforts and people will be more likely to support your initiatives. You may be able to turn Corporate Social Responsibility into a social movement and lead the discussion on issues that are important to you.

4. Allowing Your Efforts to Fade Over Time

While we’ve been talking about corporate responsibility gone wrong, many company initiatives are born out of a desire to do good. They are started with the best intentions and have the highest amount of publicity and support when you first start. Over time it can be harder to stay true to the efforts you’ve put in place, fatigue can set in and all of a sudden your initiatives are adrift – you’ve lost focus.

We mentioned Google at the beginning of this article and its slogan “Don’t Be Evil.” Ironically, many people see some of the new changes going on at Google as just that, evil. They worry about the mountains of personal data that the company is collecting, and what it may do with them. It is key that Google remains consistent and dedicated to its mission because if they fail it could be more than a failure of corporate responsibility – it could mean a huge invasion of privacy for billions of people.

Solution: Consistency and a Dedication to Excellence

The solution to fading responsibility efforts sounds so simple, and yet it takes tremendous character and effort to sustain – especially the longer a corporation operates.

Consistency and a dedication to excellence require an individual, or individuals, to stand up and lead the charge and hold everyone accountable, to set the vision so that others can follow. Corporate responsibility is important, not just because it can improve your bottom line, but because of the impact it can have on the world. Through it, you can forge a solid reputation as a company that cares about its actions and the legacy it will leave behind.

Strive to make your efforts authentic, own and fix any mistakes you might have, develop a coherent narrative that others can follow, and then consistently deliver on your CSR plan with excellence.

Leadership Lessons We Learned from GLS 2022