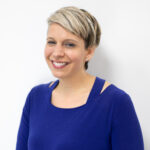 When you have a problem to solve, where do you go to look for creative inspiration?

Do you search online? Hire a consultant? Discuss it with co-workers?

When architect Mick Pearce was tasked with designing an energy-efficient office building in Zimbabwe, an effective, environmentally-friendly cooling option didn’t exist. So Pearce drew creative inspiration from an unlikely source far removed from his industry: a termite mound.

Pearce’s design of the Eastgate Building in Harare, Zimbabwe, and the Council House 2 Building in Melbourne both feature a unique energy-efficient passive cooling system similar to the ones found in termite mounds.

Author Frans Johansson shares Pearce’s story in his book “The Medici Effect- What Elephants and Epidemics Can Teach Us About Innovation” as one example of how innovation can take place at the intersection of different industries, people and cultures.

What is the Medici Effect and how can it be used to drive innovation, collaboration, and creative problem-solving? How can you encourage the development of “intersectional ideas” in your business?

To answer these questions, let’s learn more about the Medici family and what is meant by the term “Intersection.”

Who Were the Medicis and What Is the “Intersection?”

The Medici Family lived in Florence during the Italian Renaissance. A banking family, they funded the achievements of many artists, scientists, and scholars in the 1500s, including artists such as Botticelli, da Vinci, and Michelangelo. They sponsored schools and attracted creative innovators from all over the world who were trained in a variety of disciplines. This enlightened space resulted in an explosion of conversations and collaborations between people from many different backgrounds, cultures, and experiences.

Johansson believes that when you step into an intersection of fields, disciplines, or cultures, you can combine existing concepts into a large number of extraordinary new ideas. He defines the “intersection” as the point where established concepts meet, connect, clash, and combine, where remarkable innovations are created, and new, groundbreaking ideas emerge.”

To illustrate this concept, Johannson tells the story of a young, innovative chef named Marcus Samuelsson in New York City. When Samuelsson first came to Manhattan’s “Aquavit”, it was a well-respected restaurant with a one-star rating. After a chance meeting with the president of the local president of the Swedish-American Chamber of Commerce, Samuelsson began adding Swedish ingredients and flavors to Aquavit’s usual menu items. Soon, he offered diners exciting food combinations such as Seaweed Pasta, Sea Urchin Sausage and Cauliflower Sauce, and Gravlax and Tandoori Smoked Salmon.

Within three months, Aquavit had increased its 1-star rating to a 3-star rating, and the young chef had become famous!

Samuelsson possesses a key trait integral to creating the Medici Effect. He has low associative barriers.

What Are Associative Barriers?

Every one of us makes thousands of associations in our minds every day.

Johansson says, “When a chef sees a cod in a fish market, she may think of a particular recipe, which in turn makes her think of the menu items for the upcoming evening. But a writer for a sport-fishing magazine may see something very different. He may think instead of his latest fishing trip, instantly recalling the tackle he used and a story he should write about it.”

Associations can be very helpful for us as we learn more about the world around us and categorize information in our minds for easy retrieval later. Unfortunately, they can also create barriers to creative thinking. It takes effort for your brain to move beyond its first immediate association. For example, if I say, “espresso,” you might think “Starbucks.”
Chef Samuelsson is likely to think, “Salmon in espresso mustard sauce.”

His lowered associative barriers allow his creativity to flow.

How Can You Break Down Your Associative Barriers?

So, the next time you’re stuck on a problem at work, think like a Medici! Hold a brainstorming session and invite a diverse group of people to help you look at the problem from different angles.
We have so much to learn from one another!

Here at PHOS, we use the principles found in the “Medici Effect” to help us design unique, creative digital marketing campaigns for our clients. We’re happy to use these strategies to help your business stand out too!

As an Inbound Marketing Executive, Jennifer helps her clients reach, inspire, and educate their target audiences online. She loves helping clients tell their story in a compelling way that stands out in a crowded digital space.